Results of your Search 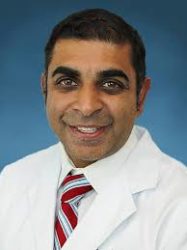 Dr. Mazer Ally earned his Medical Doctor degree from The George Washington University.  After graduation, he was commissioned into the United States Army and completed his Internal Medicine Residency at Walter Reed Army Medical Center in Washington, DC.  He completed his Gastroenterology Fellowship at the Walter Reed National Military Medical Center in Bethesda, MD. He has received specialized training in Inflammatory Bowel Disease.  After completion of his fellowship, he served as Co-Director of the Inflammatory Bowel Disease Center at Walter Reed National Military Medical Center, focusing on complex disease management and serving as a primary teaching physician for Gastroenterology fellows.  As an Army Physician, Dr. Ally has deployed in support of Operation Iraqi Freedom as a Squadron Surgeon with the 10th Mountain Division and also has served as a Battalion Surgeon for the 25th Infantry Division. Most recently, he was the Chief of Gastroenterology at Tripler Army Medical Center in Honolulu, HI.

After 13 years of military service, he will be joining United Gastroenterology.  Dr. Ally’s interests include Colon Cancer Screening, Inflammatory Bowel Disease, Motility, and Eosinophilic Esophagitis.  He has also authored multiple publications and has presented research in many national medical conferences in the field of Inflammatory Bowel Disease and Eosinophilic Esophagitis.  Dr. Ally’s passion is medical education, and has served as an Assistant Professor of Medicine at the Uniformed Services University of the Health Sciences and at the University of Hawaii. He has played a major role in curriculum development and education for medical students, residents, and gastroenterology fellows.  He is a Fellow of the American College of Physicians and is currently under consideration for Fellowship into the American College of Gastroenterology.  He is an active member of the American Gastroenterology Association and of the Crohn's and Colitis Foundation of America.

His hobbies include running, hiking, surfing, and spending time with his wife and 3 children.

American Board of Internal Medicine, Gastroenterology